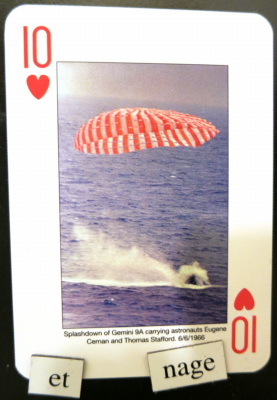 “My name is Finn, and I was abducted by aliens.”

“Tell us about your experience. We understand.” said Ray, the group leader.

“Thank you. My whole school laughed at me.”

“I was pulled up into space by an invisible force. I couldn’t breathe.”

The others stared, glassy-eyed, remembering their own trauma.

“They pulled me into their ship. Huge creatures, with… sort of tentacles… tentacles with tentacles… but stiffer, you know?”

“They moved strangely, floating in space, nothing holding them up. I could hardly move. They measured me, poked me, probed me… I can’t even…” He squirmed.

“And… this is going to sound crazy, but…”

“I never believed anyone who said this. But I swear they implanted a tracking device!”

“Me too!” someone called out.

“And then… they dumped me, near my home. But I’m convinced they’re causing the disappearances. They keep some, take them to their own world, for… for… I don’t know.”

Muttered hypotheses bubbled through the group.
“They’re forcing them to breed alien hybrids!”
“…locking us up and studying us!”
“I bet they’re eating us!” The children always went for the most direct horror.

“People say maybe their world’s a paradise, where everyone’s safe and well-fed. But I was terrified. I can’t believe they’re good. My mouth still hurts,” Finn blubbed. “I just… we can’t stop them. They’ll take us all. They’re a superior species. All we can do is wait for it.”

Finn swam through the wide-eyed audience, and into the coral to mope.

As well as being part of the second cycle of my Writing Cards (and not really Letters) project, this story is an entry in Flash Mob 2013 International Flash Fiction Day blog carnival and competition. Edit: The rest of the mob is now lighting up the world with its pitchforks. By the contest rules it has to have fewer than 300 words; it’s either 293 or 263, or maybe about 500, depending on which word counting software you believe. I counted 263. Or something like that; I’ve changed it a bit since counting.

I wrote it on my iPad while in a restaurant without internet access, and roughly estimated the word count to be around 300. Then I went to a Starbucks for dessert and WiFi, and downloaded a word counting app which told me it was 497 words. I got it down to 297 with surprising ease, but then I decided to check whether it counted hyphenated words such as ‘well-fed’ as one word or two. To my surprise, it counted it as three words. When I got home, I checked in another couple of applications, and found that my first draft was 309 words and my fixed one was 238. That app got a bad review from me. I’m not sure if this is available on iPads, but I know that Cocoa has a word-counting method built in, which even takes localisation settings into account, so it’s a shame that somebody bothered writing their own awful word-counting algorithm. Anyway, reducing word count is always a useful exercise, and I was pleased to have cut out useless parts and given myself a little leeway to add back in things that I thought improved the story.

I almost added back this reference to Free Willy after, ‘I bet they’re eating us!’

“Willy says they made him do tricks, and fed him on the dead!”

It probably makes the story worse but appeals to my sense of silliness. If you’re wondering why they’d be bothered by Willy being ‘fed on the dead’ when they always eat fish anyway, well, I gather that dolphins and presumably other cetaceans don’t usually eat fish that are already dead, although apparently orcas have been known to scavenge. I’m not sure what species the creature that exclaimed about Willy is, but whatever it is, it also eats live fish, is able to survive a conversation with an orca, and is safe to be in a support group with other fish. It was at this point in this paragraph that I realised I should leave that line out, or change it to ‘my friend’s friend says…’ although that still leaves the question of whether orcas and other species can be friends. Let’s just leave it a fish-of-approximately-the-same-size support group, shall we? Anyway, mentioning Willy risks revealing the oceanic nature of the story too early. For similar reasons, I also didn’t have anyone saying their partner was taken and being told there were plenty more fish in the sea.

I’ve had so many ideas that this is the first time since the cruise that I have actually dealt out all the cards before writing anything and used them as an inspiration. As well as the splashdown card, I had two fish, the world record holder at holding breath underwater, Jabba the Hutt, a woman in a pool, two waterfalls, and two separate missions of the Discovery orbiter. It was inevitable that aliens or water would be involved, though at first I thought they’d either be Boltzmann brains appearing in the droplets of a waterfall, or aliens from a small water planet having to hold their breath as they fall through our unexpected atmosphere when their spacepods detect water droplets, assume they’ve hit the sea, and open too early. Then I remembered this idea of alien abduction support groups for fish that have been caught and released, which I think I first thought of some time in the 90s, but never wrote about. It seemed a little easier to write.

I got the title from my bad memory of a Pixar short film about alien abduction, which turns out to actually be called Lifted.

In other news, Offshoots 12 was launched on Saturday. The cover looks great, though I won’t judge it by that. For now I will judge it by page 73, since that’s the page my poem is on, though knowing how talented the rest of the people in the Geneva Writers’ Group are, I look forward to reading the rest of it.

This entry was posted on June 10, 2013, 1:13 am and is filed under NASA 50 Years, Writing Cards and Letters. You can follow any responses to this entry through RSS 2.0. You can leave a response, or trackback from your own site.