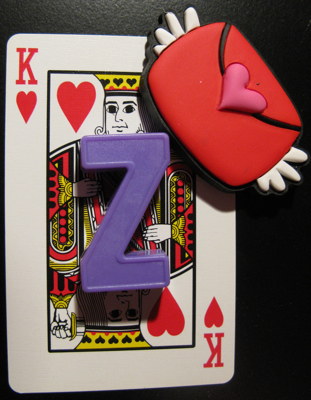 A mental syntonicity one day
A gentle hint of what we two could be
lit just enough my life so I could see
that trust in love just might bring rhapsody,
exuberant duet of you and me,
a music fit to agonise the deaf.
By moonlight we could glimpse our apogee
Drew closer to alleviate the ache.
I saw my glow reflected in your eye,
I saw your soul like flesh through négligée,
enigma moulding treasure from okay.
I leaned a little nearer till I fell
in love, and whispered brazenly ‘je t’aime.’
L’amour, the kissing cousin of la haine
A congress fit for hedonists, but Oh!
A princess in our bed, I feel the pea
A tiny irritation right on cue
A grating indication that we are
Two spirits passing through the first caress
and driven past into infinity.
I’m looking straight ahead and not at you,
We’ll separate in steps, but c’est la vie.
Although no other man can double you,
although no lover can replace this ex,
We’re done, and if today you wonder why,
remember every A will lead to Z.

When I realised this was the last heart card, I figured I’d better write a soppy love poem about the king of someone’s heart. But it’s the letter Z, and so it would be the end of the relationship. Oh, really? (Incidentally, the ‘Birds of Canada’ king of hearts featured a snowy owl.) Somehow I figured I could better justify that by writing the entire alphabet of the relationship. So each line of this poem ends with the sound of the name of a letter of the alphabet, from A to Z. And then, just because I noticed I could do so in the Q and R lines (where I originally had a ‘spiny indication’), which I wrote early on, I made a lot of the lines rhyme somewhere in the middle. Hopefully this will make up for cheating a little on lines H and J.

You probably know or can guess the French: Je t’aime means I love you, l’amour is love, la haine is hate. For puerile giggles, you could also read ‘cue’ as ‘cul‘, French for arse or, colloquially, activities involving another opening in that area. For more puerile giggles, read the third-to-last line out loud.

The relationship depicted in this poem is a little bit like a joke occasionally found in Garfield comics. Two people will be running towards each other, arms outstretched, but instead of stopping and embracing each other in the middle, they continue in the same direction and run past each other. Eventually they are just as far away from each other as in the first frame, but looking in the wrong direction. Maybe they’ll remember, and go back, and perhaps run past each other again, maybe they’ll continue until they find someone else to hug; that frame is not always drawn. Maybe the universe will end and perhaps begin again in a big crunch (gnab gib to its friends), maybe it will expand forever; but we’re not in that frame of reference to know. All I know is, when I started writing this, I never dreamed I’d end up getting philosophical about a gag from a Garfield comic. The universe holds so many surprises.

This poem also reminds me of this Thing A Week project. I’ve made it to halfway. I love doing this, but perhaps I’m right at the turning point where the peak of love gets acquainted with the foothills of hate (I’m actually picturing this as a two hump distribution with the tail of the hate bell curve coinciding with the mean of the love distribution, but I don’t think that makes a very pretty metaphor), and it’ll get worse from now on. Perhaps that’s why I wrote the first half of the poem in the past tense and the second half in the present.

In any case, I think my general creativity levels have increased since the start of this adventure, as I’m using more and more plain playing cards instead of relying on pictures to inspire me. This week’s card is perfect. As you’ll see in the picture, the king of hearts starts off surrounded by love and love letters, and ends up downhearted in the shadows, stabbing himself in the head.

This entry was posted on August 31, 2008, 11:46 pm and is filed under Intriguing Development, Writing Cards and Letters. You can follow any responses to this entry through RSS 2.0. You can leave a response, or trackback from your own site.