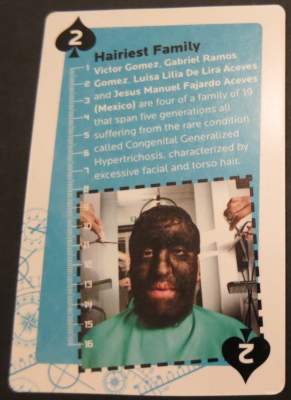 There’s a fashion I’ve seen, or a ‘hair-brained’ psychosis,
To treat hair that is not on the head as trichosis.
The women think men have bizarre expectations
that they shave all their hair and pretend they’re cetaceans.
Then men too naïve to be sure it’s not true,
don’t know women have hair like all land mammals do,
so that both parties hip to the trend may belab’r us
if we dare to reveal that our skin is not glabrous.

Yet even though terminal hair’s ‘androgenic’
that isn’t because it’s exclusive to men; it
occurs in all grownups from here to Kerblayvit,
and by the way, women out there wouldn’t shave it.
The fashion is merely a localised norm
that’s invented and strengthened by those who conform
while the women who leave all their natural hair
have the pleasure of knowing that men do not care.

Maybe I’m naïve, oblivious, or just lucky, but I haven’t seen much sexism around me (though I don’t deny it’s a big problem in some groups of people.) Mainly I just see people assuming that people of the other gender perceive them in a certain way or expect them to do certain things, and then getting annoyed when their efforts to conform are not noticed or appreciated because nobody actually cared in the first place. This is one of those things.

This two of spades is from a Guinness World Records deck which I picked up in a London airport on the way home from JoCo Cruise Crazy 2. I have another idea which two of my other twos of spades are perfect for, so I might publish a bonus thing later. It won’t be writing, but it will be about language.

On the subject of language, I learnt the word ‘glabrous‘ for this post, and could not resist rhyming with it. I hope the dictionaries I consulted were correct about the pronunciation. Kerblayvit is a made-up placeholder name, and a kerblatent cheat. I thought about maybe ‘East David’ or ‘East Deezit’, since they’d at least go with the ‘East Cupcake‘ trend, but decided a variant on Kerbleckistan would be more fun to say, even if it doesn’t sound much like a place name. Feel free to make up your own variations, or make up limericks about the new country of Kerblayvit.

This entry was posted on March 18, 2012, 12:23 pm and is filed under Guinness World Records, Writing Cards and Letters. You can follow any responses to this entry through RSS 2.0. You can leave a response, or trackback from your own site.