Four of Spades: Lake of many Rivers 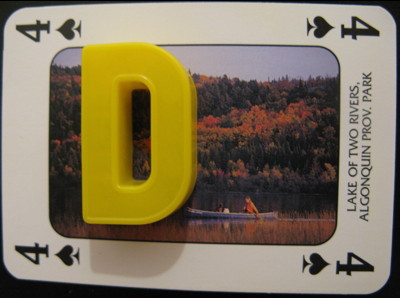 Part library and part museum, the Mundaneum would be built in a proposed “world city” within Geneva. Visitors would ascend a stylised ziggurat in lifts or via an external ramp 2 kilometres long, and as they descended floor by floor they would travel through history, from man’s beginning through the rise of civilisation, to emerge finally in the glorious modern age.

At CERN, where the real worldwide web was born, and just inside the canton of Geneva, is the Globe of Science and Innovation. Ascending the ramp around the inside of the globe, you travel through prehistory, from the big bang to the formation of our solar system, if I recall correctly.

I’d been considering trying my hand at translation for a while, and when I saw that Otlet had written a treatise in French, which has not yet been translated in its entirety to English, I decided to try it. But I wrongly assumed that a translation of prose would not demand enough creativity for this to qualify as a thing a week, so I decided to translate it in different styles, including a lipogrammatic version excluding this week’s letter. This is somewhat similar to Raymond Queneau‘s Exercices de style, in which he tells the same simple story in 99 different ways. I have long wanted to emulate this, but was stuck for raw material. I have not had the time to write 99 different versions, or even three good ones, but what I’ve done was at least a good exercice, if not de style.
It became clear what the real lake of two rivers would be… a translation including elements of both Otlet’s work and Tim Berners-Lee’s proposal of the worldwide web. Unfortunately, I didn’t end up having time to do it. I still have an hour before the deadline elves get me, so perhaps I’ll edit this post to add a Berners-Lee version, but I’m going to need a good cup of tea and some chocolate first.
I think I actually like the lipogrammatic version better than the somewhat literal translation, since I let myself stray further from the confusing phrasing of the original, although in some cases I chose vocabulary even closer to that of the original (though perhaps not as usual in English.) Also, since I was able to use the nine most common letters in English, the result flows fairly naturally. The major sources of trouble were past tenses, not to mention a certain common conjunction.
At around 2a.m. on Sunday, I noticed how much easier it would be to translate if I used terms from my ‘native’ language, programming. So there is also a version about software. But don’t be fooled. These are all, as Paul Otlet pointed out, different aspects of the same thing.
I should point out that you should not consider any of these translations to be in any way accurate. I’ve only been learning French for three years, including two terms of beginners’ French classes, and I hardly ever speak or write it. However, I do try to read and listen to as much French as possible, and that’s all that should count for a translation. I had never encountered an author who wrote such long and convoluted sentences though. I asked for help with a few sentences on WordReference, and even the French native-speakers there had trouble understanding them. To be honest, I still don’t fully understand a few parts of it (notably the part just before I gave up on Programmatic), and I interpreted them differently in each translation.
Just for fun, I decided to see what automatic translators would make of it. I thought that three years of French and 27 of English would at least make me better at French to English translation than a machine. but wow… Google translator did better than I did in many parts. Why didn’t I think of ‘coordinated approach’? And ‘streamlining’?
I don’t know whether this  should encourage me to stick to my day job, or be afraid that my day job (as a programmer) will give rise to even more creatures superior to me, which will go on to take over the world. At least Babelfish did a suffishently poor job of it.

This entry was posted on March 30, 2008, 10:18 pm and is filed under Discover Ontario, Writing Cards and Letters. You can follow any responses to this entry through RSS 2.0. You can leave a response, or trackback from your own site.